Problems that Arise from Alcohol Advertising 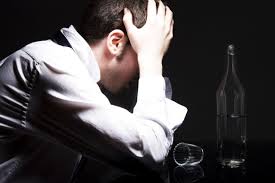 Various facets of a society, be it the youth, mature adults, or even children are constantly exposed to complex and often conflicting messages about alcohol usage (Gorg 546). Alcohol advertising indirectly causes many societal problems that need to be dealt with. However, one can identify three major issues that need to be addressed, namely the over-consumption of alcohol, underage drinking, and the perception of a negative body image.

Some experts link excessive alcohol consumption with an increased exposure of the population to advertisements for alcohol. Alcohol advertisements broadcasted on television—especially on sports channels—have been identified as being the most effective. They make the largest contribution to the rate of growth of alcohol consumption compared to any other type of publicity, such as magazine and billboard advertisements (Longman 56). Over-consumption of strong spirits, such as whiskey, vodka, and gin can readily lead to a crippling dependence on alcohol, debilitating illnesses, and even premature death. Further social consequences that need to be factored in include divorce, domestic violence, and bankruptcy.

Another issue unequivocally associated with alcohol advertising is the relentless rise in underage drinking. In the USA, as well as in many other countries, a person is only legally permitted to consume strong alcoholic drinks when they are 21 years old. However, according to scientific research, many young people begin to consume alcohol at a much younger age (Reese 456). This phenomenon, encouraged by judicious advertising, is supported, for example, by a specific college culture that promotes binge drinking and wild parties (Reese 454). In some countries of Eastern Europe, it has been reported that young people use or even abuse alcohol well before they enter college.

The stereotypical and racy sexual imagery projected by advertisements that actively promote alcohol consumption raise significant moral and ethical issues. One of the primary target audiences of alcohol advertisements is the single, young man. Advertisements aimed at this category often include “controversial content” such as scantily-clad women (Gorg 195). Not only young men, but also young women watch these advertisements. Women tend to compare themselves to the models featured in the commercials. The impossibly perfect, photoshopped models in advertisements often lead “a normal young woman” to perceive her own body image to be somehow inadequate (Gorg 237). In the real world, this is simply not the case; there are all sorts of shapes and bodily sizes of attractive women. Sadly, a psychological disease termed dysmorphophobia, a dysmorphic syndrome or a body dysmorphic disorder has been classified. It is characterized by a hostility towards one’s own body and by the owner perceiving their body to be defective in some way or even ugly.

Companies that produce alcohol, as well as advertising agencies, are generally more concerned with promoting a certain brand than with the ethical consequences of their actions (Longman 24). Besides, alcohol companies argue that they have a right to advertise in the most effective way possible in order to generate sales (Reese 353). However, negative effects of alcohol advertising are worth considering, as they cause social and personal problems, such as alcohol over-consumption, underage drinking, and negative body image.