The Effects of Divorce on Children

Marriage by mutual consent is without a doubt one of the most important and happy events in the life of an individual. When two people meet and once they decide to create a family, it may seem they will stay together forever. However, the reality brings in its own adjustments, and about 50% of marriages end up with a divorce in the USA (Trust). Though divorce is often a psychologically difficult process, adults can deal with the consequences. The situation changes to worse if the couple gave birth to a child, who is often the one to suffer the most from divorce. 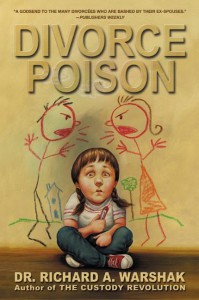 Divorce causes different emotional reactions in children of different ages. Preschoolers, who are often unable to understand the reasons behind their parents’ divorce, tend to blame themselves and feel responsible for bringing their parents back together again (Clinical Psychology Associates). Children of 6-8 years continue to have similar fantasies, though the feeling of guilt and responsibility for the divorce decreases; they, however, experience a strong sense of grief and loss. Children of 9-12 years are able to understand the reasons of their parents’ divorce better, and tend to consciously express their anger and disapproval, and take the side of one of the parents. As it can be seen, divorce causes intense emotional distress in children, and can make them feel guilty and responsible for bringing their parents back together.

Children and teenagers whose parents are divorced are more likely to drop out of schools and are more prone to committing crimes. Research held by the law firm Mishcon de Reya in 2009 revealed people who had experienced the divorce of their parents in the preceding 20 years showed increased aggression (42%), were forced to comfort upset parent (49%), or had to lie to one of them (24%). 1 of 10 turned to crime, and about 8% considered committing suicide. Besides, only 60% of children by the age of 20 had graduated from high school, compared to 78% of children in two-parent households (The Week).

Research held in 2005 showed children of divorced parents are more likely to divorce themselves when they become adults. If both of the partners experienced a divorce of their parents in the past, the chances for them to break the relationship are three-to-one (The Week). This also corresponds to Eric Berne’s conception of life scenarios, according to which children tend to repeat their parents’ lives to a certain extent.

As it can be seen, the divorce of parents can have severe psychological effects on children. They become exposed to significant emotional distress, based on the feeling of guilt and responsibility for the break. Children from divorced families consider committing suicides more often, are more prone for crime, and have less chances to graduate from school. In addition, the risk children from divorced families will divorce themselves as adults is much higher. Thus, children are the ones who suffer the most from divorces, because they cannot cope properly with their grief and can have difficulties with socialization and marriage in adult life.