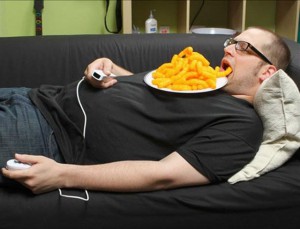 Sometimes, an urge to rest passively is overwhelming; the most common reason for this is fatigue, as the fast pace of metropolitan life requires people to push themselves to the limit on a daily basis. In such cases, there is nothing wrong with a wish to spend several calm hours doing nothing. However, there is a category of people whose entire lifestyle can be described by the slang phrase “couch potato.” Mostly, such people prefer to act as passive spectators of life, and though the masses do not consider laziness to be significant misconduct—treating it mostly as a forgivable weakness—this personality trait can cause severe negative effects both on an individual and on his or her surroundings.

A definition provided by Oxford Dictionaries describes laziness as the quality of being unwilling to work or use energy; and while unwillingness to work seems to affect only one sphere of an individual’s life—his or her career—having no intention to spend one’s energy seems to have a negative impact in multiple areas.

Laziness negatively affects an individual’s relationships with their boss and/or colleagues, due to certain behavioral standards that lazy people usually develop at work. In particular, lazy people tend to handover their work to someone else, often because of knowing that other people are more responsible workers and will accomplish additional tasks anyways; lazy people often procrastinate, justifying themselves by various reasons, or getting distracted by less important and more enjoyable tasks; besides, lethargic individuals develop a habit of complaining about their circumstances, or to put themselves in a favorable light and show that they work harder than their colleagues, but are undervalued (LifePaths 360). These, as well as other behavioral patterns usually result into the loss of a job, with the followup of anxiety, depression, and other psychic disturbances. In this case, the situation is twice as worse for such a person, as they may, due to their indifference, hesitate to look for a new job, preferring to justify themselves and feel miserable, thus only aggravating their psychological problems.

Another negative aspect of being lazy is connected to physical health. It is not a secret that lethargic people are physically less active than those who prefer to throw themselves into the span of life; logically, idle people spend more time without movement. According to a recent study by Tel Aviv University, being inactive causes one’s fat cells (those which already exist in the body) to become larger; in other words, an inactive lifestyle not only contributes into an individual gaining extra weight, but also makes the situation with their already existing fat cells worse (Fitday). Moreover, the bad news is that the negative effects of leisure time spent in a nonconstructive way cannot be negated by physical exercises—in other words, the damage dealt to one’s body by hours spent in laziness is irreversible. In its turn, extra fat can result into obesity with all its intrinsic health issues.

Laziness can affect the entire life of an individual. Because they are unwilling to make an active effort in regard to the important spheres of life, lethargic people miss numerous opportunities that life offers them every day. Though a person may think they are too tired to step out of their comfort zone, they comfort themselves by promising to do it later, or justifying themselves in any other way—in fact, all these thoughts and obstacles are an illusion. During the thousands of years of evolution human bodies and minds have become pinpointed for active performance; human beings need new experiences, physical activity, emotional charges, and discharging to function properly and to feel well. By being lethargic, a person denies themselves of this, and excludes themselves from the course of life, which leads to mental stagnation and intellectual degradation.

Laziness can be called one of the scourges of the modern world. Though often seen simply as a forgivable weakness, it can have a number of negative effects on a person. In terms of these consequences, it should be mentioned that laziness often leads to the worsening of one’s relationships at work and decreased work performance, which can result into job loss, excessive stress, and psychic disturbance. Also, laziness and the stated inactive lifestyle leads to irreversible health damage. Ultimately, laziness results in mental stagnation and intellectual degradation.

“Being a Couch Potato is More Harmful than You Think.” Fitday. N.p., n.d. Web. 10 Dec. 2013. <http://www.fitday.com/fitness-articles/nutrition/being-a-couch-potato-is-more-harmful-than-you-think.html>.