Causes of Lower Back Pain 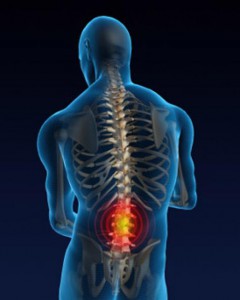 Technological progress has made numerous operations people perform on a daily basis much simpler. Compared to the living standards of several centuries ago, physical security is almost promised nowadays. This, as well as other factors, has caused significant changes in lifestyles, namely decreased physical activity. New working and living conditions have also caused an amount of widespread health problems which, most likely, were unfamiliar to previous generations. One of such issues is consistent lower back pain.

One of the typical reasons why people have pain in their lower back is root nerve pain. It is usually caused by the nerve root being irritated or mechanically pressed on (Patient.co.uk). This happens, for example, in the case of a so-called prolapsed spine disc, when the soft inner part of a spinal disc bulges off the external part, which is harder, and presses on the nerve. In its turn, this condition can be caused by numerous factors, such as severe physical effort, repeatedly being in a wrong body position, having a sedentary lifestyle, and so on. 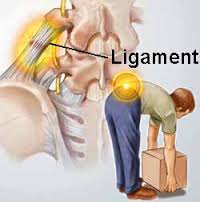 Another reason for lower back pain is what is usually called lumbar strain. Basically, this term means lower back muscles, tendons, or ligaments have undergone a stretching injury, causing microscopic tears in these tissues (MedicineNet.com). This malady can occur to people of any age, and manifests itself as pain ranged from mild to severe. Commonly, lumbar strain happens to people who fell, got hit, or experienced other traumatizing affections on the lower back area.

Perhaps the most common and, so to say, natural reason why people get pain in the lower back is degenerative processes. The spine (of which the lower back section always undergoes the most intense loads, like supporting body weight, lifting masses, and so on) consists of about 30 vertebrae, bones, and a spongy matter called “spine discs.” As a person gets older, and considering the constant loads on the lower back, this spongy matter between vertebrae wears off and becomes more stiff (WebMD). This causes the discs to become more vulnerable to traumas. In addition, such diseases as osteochondrosis and scoliosis also cause mild and severe pain in different sections of the spine, including the lower back.

Considering the above mentioned reasons, it is clear lower back pain is often related to the type of physical loads the spine receives constantly. The three major factors causing lower back problems are connected to mechanical influences and degenerative processes, so it is crucial for any individual to keep an eye on what actions he or she does and how he or she completes actions to avoid traumatizing the spine or spinal discs.