Can Watching Reality Shows Be Harmful? 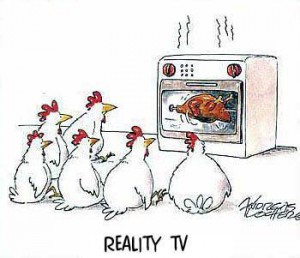 If a person turns their TV on in almost any country, most likely the channels will be filled with different kinds of reality shows. This is no surprise, because this kind of TV program has become amazingly popular in recent decades. Such shows are entertaining and addicting to watch, as they focus not on fictional characters, but on real people put in different contexts and situations. However, regardless of the entertainment it delivers, a question may arise: is there something more to watching reality shows than being entertained?

When evaluating reality shows, several factors should be taken in consideration. The “reality” that is usually shown on TV is not the same objective reality we live in. Every reality show has a core idea to which the behavior of its contestants is subdued—though the participants are not obliged to act one way or another, they still follow the script, and their behavior is then evaluated (by audiences, other show participants, moderators, and so on). “All TV shows, not just reality shows, help construct scenarios that demonstrate how some behaviors will be rewarded or punished. The concern is that frequent viewers of these shows will learn these behaviors, see them as desirable and then model them in the actual real world,” says Dr. Brad Gorham, chair of the Communications Department at the S.I. Newhouse School of Public Communications at Syracuse University (USA Today).

If we try to figure out what is so entertaining about reality shows, we can reach this conclusion: it is the humiliation and mocking of the contestants that makes people amused. Indeed, if we analyze such a popular show as American Idol, we will easily notice many episodes of this program are dedicated to making fun of the contestants, whose performing abilities were lower compared to other participants (which does not necessarily mean they are deprived of talent, or are worse in any other way). This can create an audience (which mostly consists of teenagers) that rate and assess people based on their qualities, such as appearance or skills; this model forms a solid basis for discriminating behavior and a lack of tolerance (eHow).

Yet another negative effect of reality shows is a distorted depiction of relationships between genders. Many reality shows address sexual themes, or depict relationships based on scandals and fights. Relationships on TV contrast real life ones: they tend to be less stable and harmonious, they are sexualized, and usually aimed at bringing more popularity to those engaged in them. Since it is difficult to control the access of underaged audiences to TV programs, children and teenagers are exposed to the risks of developing a wrong perception of relationships based on what they see on TV, which is unacceptable (RFA.edu).

Even though reality shows have become extremely popular, it does not mean they are beneficial for their audiences. Rather often, these shows display role models that are based on semi-artificial circumstances and environments. However, these models are still seen as desirable by viewers. In addition, humiliation, which makes the basis of the entertainment component in the majority of reality shows, teaches audiences to rate people based on their physical or psychological qualities, which can create a solid basis for discriminating behavior. In addition, considering sexualized and simplified depictions of romantic relationships in reality shows, one can claim these TV programs can cause perverted perceptions of relationships between different genders in the minds of teenagers, who usually make up the target audience of the majority of reality shows.