What Causes Mental Retardation in Children? 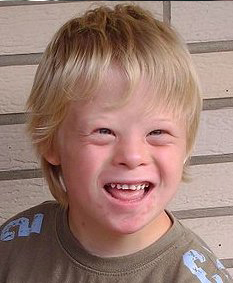 Giving birth to a child is, perhaps, the most significant event in the life of almost any woman. Though today women often prefer to follow a career rather than give birth to children, the majority of young mothers state it is a life-changing experience. Without a doubt, a beautiful, healthy child is the most valued and loved living thing for every mother. But, unfortunately, a certain percentage of children are born with different deviations, both physical and mental. In relation to this, a question arises: what causes mentally-challenged children to be born?

The first and foremost factor that causes mental retardation and other deviations is an excessive use of alcohol by a young mother in the prenatal period—particularly, during the first trimester (12 weeks) of pregnancy. According to statistics, at least one of out of 600 children only in the United States is exposed to fetal alcohol syndrome (Encyclopedia of Children’s Health). Researches show that even moderate intakes of alcohol can affect the mental capabilities of pre-natal children. In addition, smoking tobacco (or other substances) and taking illegal drugs can also cause mental retardation.

Genetics is the second most influential cause of mental retardation among children that should be taken in consideration. Inherited causes of mental retardation are numerous; for example, chances of giving birth to a mentally-challenged child increase if one or both parents were mentally retarded. Sometimes, decreased mental capabilities are caused not by genetic defects or omissions, but rather by abnormalities in chromosomes—structures inside cells’ nucleus that contain genes. Down syndrome is one of such diseases (Human Illnesses).

The factors that are difficult to avoid is ecology and environment. It is not a secret that we live in an age of poor ecology. Industrial and traffic emissions, radiation, stressful factors that affect future mothers—and thus their children—all this increases the chances of giving birth to a child with mental retardation. Besides, in disadvantaged regions, mental handicaps can be caused additionally by malnutrition, disease-producing conditions, and inadequate medical care—both for mothers and children (The Prevention News).

Despite the fact that we live in a technologically-advanced environment, women are still exposed to different dangers that can harm their future children. Not all of them threaten the physical health of children—there is a group of factors that can also inflict mental damage. Among such factors one should mention the overuse of alcohol and other poisonous substances by a women during pregnancy; genetic factors, such as mental retardation of one or both parents, chromosomal defects, and so on; and poor ecology, which negatively affects disadvantaged areas greatly.