What Happens When People Engage in Sex as Teenagers 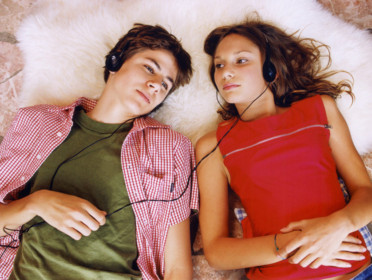 The theme and reality of teenagers being sexually active is worrying to millions of parents worldwide. In the age of adolescence, when an individual transits from childhood to adult life, hormones, extensive body development, social frustration, and a search for themselves causes teenagers to try all kinds of things they associate with adult life, authority, and self-affirmation; sex is usually one of the “adult” attributions teenagers often try out. Although it is natural and inevitable, there are hidden dangers connected to teenagers starting their sexual life too early, which both them and their parents should be aware of.

The least obvious negative effect of sex is depression. According to studies by Ad-Health, more than 25% of sexually-active teenage girls reported they were depressed most of the time—compared to only 7.7% of depressed female teenagers who did not have sex yet. Logically, something connected to sex must have been worrying these 25% of girls. At the same time, about 8.3% of sexually-active male teenagers reported depression—compared to 3.4% of their sexually-inactive peers. But even more worrying is the direct link between early sexual activity and attempted suicides. About 14% of sexually-active female teenagers reported they attempted suicide at least once (compared to about 5% percent of sexually-inactive girls). The respective percentage for boys is 6% against 0.7%. Thus, early sexual experience can be not only depressing, but also dangerous to the sustainability of lives (The Heritage Foundation).

Teenagers who start leading sexual life too early are exposed to higher risks of developing different kinds of sex, love, and/or relationship addictions. According to research, early exposure to, for example, pornography, can become a significant factor of a teen developing sexual addictions or other intimacy disorders (although it is not necessarily so). According to a study (in which 932 sex addicts had participated), about 90% of men and 77% of women reported pornography to be a factor in their addiction. Nowadays, considering that pornography has become free and available in a couple of clicks, parents should pay much more attention to the matter of preserving their children from its negative influences (Psychology Today). In addition, early sexual life can lead to emotional addictions, co-dependencies, abusive relationships, and other hardships.

According to the statistics, teenagers in the U.S. become sexually active at approximately the same age as their counterparts from European (and/or other) developed countries. At the same time, teens in the U.S. tend to use condoms and other forms of protection less often; in fact, the rate of contraceptive usage among American teenagers is the lowest in the world. As a result, the teenage pregnancy rate in the U.S. is twice as high as the respective rates in England, France, or Canada (Glowm). Besides, the problem of sexually-transmitted diseases also remains glaring; since U.S. teenagers do not bother themselves using contraceptives, the rate of STDs among them is incredibly high: about 8,000 U.S. teenagers become infected every day (The Heritage Foundation).

Although sexual life is seen by teenagers as one of the necessary attributes of adulthood, it poses a number of significant dangers for those who have started it too early. Teenagers who have become sexually active at a young age are more likely to become depressed or attempt suicide; they are more exposed to different kinds of sexual and intimacy disorders, emotional addictions, abusive relationships, and so on. Such teens are also at risk of becoming pregnant too early, or becoming infected by an STD. Therefore, teenagers should be explained the respective dangers, and parents should pay more attention to their children’s behavior and health.

“Sexually Active Teenagers are More Likely to Be Depressed and to Attempt Suicide.” The Heritage Foundation. N.p., n.d. Web. 27 Apr. 2015.