How TV has Changed Our Lives 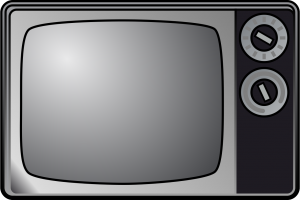 TV, or television, has transformed our lives dramatically since it was first introduced in 1954. It especially took off in 1962, when color television came to the public. It seems that the world never was the same after TV was shown to the world. It has prompted us to stay indoors more, has changed how we operate political campaigns, caused family interactions to decrease, and made obesity skyrocket, among other effects.

More than ever before, people—especially children—have been staying indoors. This is largely due to the access to TV and other pieces of technology. According to The Guardian, there has been a study by the National Trust, and the findings were that “…on average, children were playing outside for just over four hours a week, compared to 8.2 hours a week when the adults questioned were children” (“Children Spend Only Half as Much Time Playing Outside as Their Parents Did”). This leads to many damaging effects to our body and mental state.

On a more grandiose scale, TV has affected the way we go about political campaigns. The Kennedy-Nixon election of 1959 is a case in point, with the first ever US presidential debate broadcast on TV. The result was Kennedy winning over Nixon in the polls after the broadcast despite being down in numbers before. According to HowStuffWorks, “Television gave elected officials and candidates for office an unprecedented way to speak directly to millions, face-to-face. Of course, it didn’t take long for that direct contact to be mediated, mostly by the network executives, producers and reporters who put together nightly news programs. Trends like sound bites, talking heads and the dramatic nature of television news coverage have led critics to accuse TV of creating a less factual, more negative form of political coverage” (Sailor, Matt). With the advent of TV, voting has decreased and voters have become more negative towards the political process.

Another negative effect of TV in our lives is the way they make children and parents interact less. Often, parents see TV has a form of parenting, and also as a form of bonding (though this type of bonding is very low on the spectrum of interaction). Science Daily states that, “Since the first television screens lit up our living rooms scientists have been studying its effect on young children. Now scientists in Ohio have compared mother-child communication while watching TV to reading books or playing with toys to reveal the impact on children’s development. The results, published in Human Communication Research, show that watching TV can lead to less interaction between parents and children, with a detrimental impact on literacy and language skills” (“TV Found to Have Negative Impact on Parent-Child Communication and Early Literacy Compared to Books and Toys”). So, not only are parents and children socializing less, but children’s language skills are dropping because of the introduction of TV to the masses.

With less time outdoors and less interaction, it would not be surprising to say that TV is a factor in rising obesity numbers. In fact, the amount of hours one watches TV is directly correlated to weight gain. According Rosiek, Anna et al. in their report “Effect of Television on Obesity and Excess of Weight and Consequences of Health,” “… watching TV and time spent in front of the screen are clearly associated with unhealthy dietary behaviors in children, adolescents, and adults. People who watch television more rarely, and drink less sweet drinks during the day, were characterized by lower BMI. In 2003 the World Health Organization (WHO) and the Food and Agriculture Organization of the United Nations Organisation (FAO) officially reported that commercials of food products directed to children can foster the development of obesity…” (International journal of environmental research and public health). Though TV affects the obesity of all demographics, children are probably the most influenced.

As you can see, TV has had mostly a negative influence on our world. People are staying indoors more than ever, political campaigns have become more corrupt and about visuals, parents and children are interacting less than before, and obesity has shot up. This means we need to pay attention to how much TV we watch and how it is affecting our lives.

“Children Spend Only Half as Much Time Playing Outside as Their Parents Did.” The Guardian, Guardian News and Media, 27 July 2016, www.theguardian.com/environment/2016/jul/27/children-spend-only-half-the-time-playing-outside-as-their-parents-did.