The article “Roles of Sensitive Men” by Gerald Thompson that appeared in the magazine The Watcher can be said to be an extended argument with gaping holes. Thompson presents sensitive men as the new gatekeepers of the future, the ones that will lead the most influential companies and make the greatest mark in the field of humanities. Thompson makes it all sound like a new race of human beings will descend on our lonely planet. While the author has some insight, much of the article is based on bias and speculation rather than actual research. 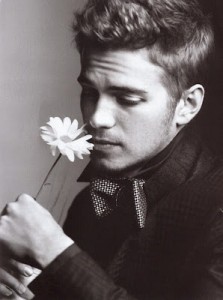 Thompson points to such modern influential figures as Facebook creator Mark Zuckerberg, NSA leaker Edward Snowden, and pop star Justin Bieber as examples of sensitive men ruling the world currently. I can understand his insertion of Snowden and Zuckerberg, but Bieber’s addition perturbs me. Thompson’s definition of a sensitive man is, “Men bold enough to express their feelings openly and not be afraid of being defined as less than men” (Thompson 33). In Bieber’s case, I believe he is not an activist or a revolutionary of any kind. He is only a product of the American music industry that has designed him to be certain way to be sold to a specific audience, which requires him to act in a manner that would make others think he is sensitive. This is not actual sensitivity, but planned, forced sensitivity.

Thompson, beyond his definition of the subject matter and his explanation of why these three previously-mentioned figures are exemplary examples of the rise of sensitive men, continued to expound on his vision for the future. The author noted that, “Egocentric, arrogant men that have been associated with power positions are going to leave the building. This will be a natural demand by the public, and an organic course of economics” (Thompson 35). Though these statements are admirable and I want to be an optimist, it appears to be more of a conjecture than a basis of future reality.

There has been major social and economic upheavals that have caused the public, especially the American public, to rise up in protest recently. We can speak of the Occupy Wall Street demonstrations, the present NSA crisis, and the continuing economic decline that begun with the housing bubble. Yet still, with these factors weighing in, certainty should be more logical than dreamlike. My own assertion is that “egocentric, arrogant men” are going to preserver in their dominance, and may even tighten their grip. They will do so until they can longer control the system they have created. I believe in this, as powerful people do not hand over their resources without a fight,  or without letting go until their final resource has been absolved. This is the common psychological countenance of such men (Harriet 76).

The author concludes with varying degrees of success in that he allows some diplomatic reasoning to creep into the foundation of his assertions. He surmises that, “Despite there being a significant case for the ascension of the sensitive man, there are several factors that act against this future. The cases are expansion of the crumbling global economy, a greater grip of governmental control on its citizens in regard to surveillance, and increasing public focus on non-humanitarian needs” (Thompson 34). I can ascertain from several reliable sources, namely the journal Universal Economic Policy, that the global economy is in no shape to rebound. The governmental grip tightening over the control of citizens through surveillance is the most probable future (Sine 237). The point about the public’s attention being less on non-humanitarian issues surprises me. I thought this happened on a daily basis—that the major news organizations constantly direct our attention away from what is truly at hand and important to our well-being (Sine 238).

The article “Roles of Sensitive Men” has a few merits, but is mostly a gaff that proposes a future that is unlikely to happen. I give credit to the author for a unique take on the future of our economic and social standing, yet I would warn readers to read the article with an examining mind. In my perspective, there are many flaws inherit in the text. Thompson’s use of example figures, shaky foundation of his vision, and a questionable conclusion makes this article less than authoritative.