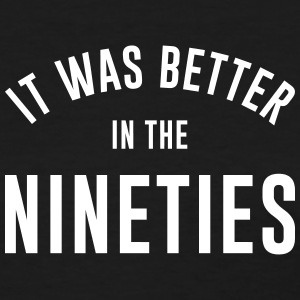 Postwar British history has been a fruitful furrow for scholars to plough. After books covering a range of subjects from the New Jerusalem of the welfare state to the high glamour of the New Romantics, here comes one about the Nineties—a decade ranked in the popular imagination as nice rather than naughty, a break with the me-first materialism of the previous one. Does it reinforce this image or make us re-evaluate it?

Turner is an experienced writer on post-war British life as well as its popular culture. He rightly notes that, when it comes to their defining features, decades and centuries “are artificial, crude concepts that seldom fit the objective facts.” But he manages to start his survey at 1990 when John Major (whom he labels the Buddha of Suburbia) became Prime Minister and concludes it at 2001, when things apparently settled down with Tony Blair’s second election victory. He cleverly takes the concept of classlessness for his book’s title, for this was a theme propagated by both Major and Blair (but both meant by it the replacement of what could be called ‘old school tie’ leadership with one based on meritocracy; in other words, a hierarchy based on brains rather than background—but a hierarchy nevertheless).

He takes us through familiar territory, such as the rise of New Labor and the events of Diana Week to the eruption of the Young British Artists and the ‘Girl Power’ antics of the Spice Girls. In doing so, he performs a valuable service by revisiting some of the period’s uncomfortable twists and turns and does so with refreshing doses of dry wit. He reminds us that the following which developed around the noir crime fiction of Derek Raymond showed that not everyone shared the decade’s supposed fluffy optimism. He points-out that in 1997, editions of Sunday newspapers which had stridently criticized Diana, Princess of Wales had to undergo hasty rewrites after she had been killed and, practically overnight, become the People’s Princess. He mentions Blair claiming that the rise of Creation Records (home to iconic bands Oasis and Primal Scream) was the work of New Labor: in fact, it was originally funded by a loan from arch-Conservative Norman Tebbitt’s Enterprise Allowance Scheme. He notes that alternative comedy, which had started out as a home for anti-conservative views, would eventually be seen during the Nineties as a career option for ambitious young people.

In politics, the picture of Major as bumbler was wrong—he was a shrewd political operator, becoming the leader of the most successful political party in the history of democracy, while Gordon Brown, often presented by commentators as a clunking bully, kept his personal life distinct from the public eye, thus showing a certain decency arguably not always followed by other political figures from the period. Despite attempts by the center-left to rebrand British values towards those held by what would eventually be described as the metropolitan elite, part of Britain yearned for old certainties, while a number of men relished the clear-cut masculinity displayed in nostalgia for the Second World War, and novels about the SAS (one wonders if that was true for some women, too).

The second half of the period is reckoned by Turner as being from 1997—Blair’s first electoral victory—to 2001, the age of what he calls the Angels of Promise, and a good deal of the book is taken up with the rise and fall of New Labor. He is good on details of that party’s modus operandi, such as how triangulation (the avoidance of traditionally left-or¬right-wing views to give an appearance of a lack of extremism when the solution to an issue as being worked out) operated, and the party’s hubris in its early years: New Labour MP Oona King, presumably with a desire to stick it to the old Establishment, expressed ageist views about the Queen’s participation in the Millennium celebration at the Dome. He points out New Labor’s flaws: image, rather than policy, was its defining characteristic, while some of the policies it did propagate—such as the establishment of a more meritocratic society—had been foreshadowed by some of Major’s pronouncements.

Blair’s style of government involved downgrading the role of the Cabinet and the imposing of iron discipline. But the honeymoon was soon over. Geri Halliwell, of the Spice Girls, criticized Blair for being “a good marketing man” who lacked ideals. However it was, arguably, greed for power rather than girl power which would spell the end for the Blair experiment—greed for big player status on the world stage along with America (which would lead to entry into an unpopular war), and greed to be top dog (the agitation from Brown for the famous Granita restaurant alleged Labor leadership carve-up promise to be honored so that he could succeed to the throne of Number 10).

In a comprehensive study like this, it is not easy for too much time to be spent on any one topic. But it is difficult not to feel that Turner could have gone into some aspects of his period’s politics a little more deeply. He points out that Major and Blair extended into the social sphere the liberalism that Thatcher had initiated in economics. But he could have questioned not only how much social change she wanted (her promotion of Section 28 about the propagation of homosexuality would suggest that the answer was, not much) but also about how much change the British people wanted. He points out that, despite successive conservative election victories, most people supported the idea of more state expenditure on health, education, and social services. He could have pondered on whether this paradox could be explained by the British being political middle-of-the-roaders—to the despair of policymakers and politicians alike—who vote against things rather than for them.

Thus, it could be argued that the Conservatives won a successive stream of elections because of the union-backed strikes and upheavals of the 1970s (triggering, among older voters, memories of British post-war austerity) while New Labor won its victories due to the unpopular effects of conservative privatization and a general toughening of work conditions, such as the end of the jobs-for-life culture. Thus, Blair’s victories could be seen as a rejection of Thatcher’s economic liberalism rather than (as what happened) a continuation of it. The rage directed against the Queen in the aftermath of Diana’s death can be seen as a continuation of hatred of even small-c conservatism stemming from the unpopularity of the Thatcher years.

Turner makes judgments on other socio-political issues that are worthy of deeper evaluation too. He points-out that party politics were not featured in the period’s working-class comedies although, in previous eras, programs such as Love Thy Neighbour, Rising Damp, and George and Mildred had done so. But he does not speculate as to why this omission took place, although he gives us a clue when he covers the furor caused when the comedy show Brass Eye satirized moral panic over pedophilia.

The apparent rise of pusillanimity in public life, with an overarching fear of the ‘gaffe,’ could also have been considered more deeply (although some commentators made a bracing exception to this: pseudonymous inner-city and prison doctor and Spectator columnist Theodore Dalrymple breezily declared that “the poverty of spirit to be found in an English slum is the worst to be found anywhere.” Turner mentions design guru Terence Conran’s proposed omission of reference to Christianity from the Millennium Dome, and the hiving-off of religion into a special section there, as indicating that religious faith had become a sideshow, but he could have said more about the factors behind the decomposition that affected mainstream British Christianity—once a force to be reckoned-with. He refers to the faith politicians had in target culture as a way of raising standards in the public sector, but does not question how or why this naive trust in targets (or, rather, in the honesty of those charged with achieving them) arose in the first place (had none of the politicians championing them bunked-off from school or skived at whatever jobs they held before ascending Westminster’s greasy pole?).

The fallout from 9/11, along with the financial crisis of 2008, would jointly give the coup-de-grace to the cosy post-war optimism upon which the pieties and prosperity of the 1990s were based. To a certain extent, the consensus politics of what Turner calls Blajorism remain as the three main parties offer various forms of social democracy although some might question whether the country possesses the productivity, cohesion, and efficiency upon which that form of society depends.

Due to immigration and devolution, issues of religious and national identity are to the fore, while uncomfortable questions about the hierarchy of victimhood within cultural clashes have been raised, with feminist and LGBT sensitivities seeming to come second to those of some Islamists (the issue of female genital mutilation being a case in point here). And some might say that, while Major’s ‘Back to Basics’ moral crusade was a spectacular failure, the liberalism of the Sixties is being rolled back by the introduction of gay marriage, with hedonistic gays coming out of the closet only to be imprisoned by the financial demands of the three bedroom semi—a case of goodbye leather bar, hello leather sofa.

We can look forward to Turner’s take on the opening years of the twenty-first century, for there is plenty of material there for him to get his teeth into. In the meantime, this fact-filled and thought-provoking book is an excellent introductory commentary on a much-misunderstood, devious decade.

This was written under a Creative Commons License, with a few edits: https://creativecommons.org/licenses/by/1.0/