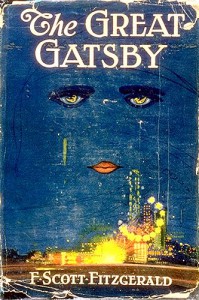 The Great Gatsby is a book by F. Scott Fitzgerald set in post-war times (World War I). The typical issues of this period are the lack of stability, the search for a new lifestyle by the ‘lost generation,’ as well as a societal recovery from the war.

The Great Gatsby is a story that depicts the events during the Jazz Age in the United States. The typical characters and events of that period are portrayed with elaboration and detail. The story is narrated by Nick Carraway, who moves to New York and finds himself being neighbors with Jay Gatsby—one of the most mysterious people in the area. The Great Gatsby reveals to us what was going on in the 1920s and what people valued at the time. To my mind, Jay Gatsby is the one to whom we turn most of our attention, but another person to consider is Daisy Buchanan. Her behavior proves that what people are seeking is the realization of the American dream. She prefers to spend time with a pretentious and rich Jay Gatsby, instead of staying with her faithful husband and family.

Prosperity was the core value of the lost generation as portrayed in the book. The American dream is defined as striving for individualism and imperialism. However, the irony of it all, as implied in the book, is that it is just as much corrupted as Gatsby’s desire to be with Daisy, who cheated on her husband for the love of money. This fact strikes the soul of the average person and definitely evokes some negative emotions. Nevertheless, this act, as in the book overall, gives plenty food for thought, especially when it compares modern-day American values with those illustrated in the story.

What does the book teach us and why should we read it? This book is a great source of information if you would like to acquire knowledge about the American lifestyle back in the Jazz Age, as well as to link it to the later development of the American dream and how its evolution progressed. With regard to the moralistic perspective of the story, it is definitely aimed at bringing up such qualities as sincerity and love. It expounds on the concept that people should cherish their family and try to remain compassionate in any situation. The author has achieved his goal of penetrating the audience’s attention, and has delivered an invaluable message of humanity amongst greed and materialism.