How to Get Filthy Rich in Rising Asia, by Mohsin Hamid 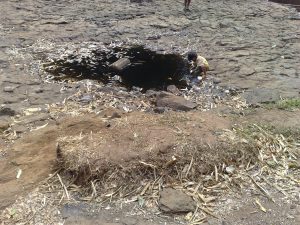 I am a great fan of Mohsin Hamid. The Reluctant Fundamentalist caught the post-9/11 zeitgeist like no other novel, and his debut book, Moth Smoke, whilst having some first-novel flaws, was enchanting. So you can imagine how I was looking forward to his new novel.

To start with the positives, of which there are many—vintage Hamid in fact—include a darkness interlaced with a distinctive sense of humour, the hint of violence, the flow, the readability. I read the book twice, both times in one go. Some examples of the wonderful use of language from the beginning of the book: ‘But some others might say that those who say that should be pinned to the ground and bled dry with the slow slice of a blade across their throats’. And: ‘to do that it has to find you, huddled, shivering, on the packed earth under your mother’s cot one cold, dewy morning’.

So what are the negatives, as there are bound to be in any novel? This can perhaps best be summarised by these small sections in an otherwise very positive review by Anthony Andrew in The Guardian (April 2013):

There’s a tremendous energy about the novel, reflected in the protagonist’s unstoppable drive, but sometimes one wishes it didn’t move quite so fast. Whole stages of life pass by in a few pages and given Hamid’s rich descriptive skills, it’s tempting to imagine a larger novel which burrowed deeper into the specificities of the central figure’s struggle and environment.

There are historical and political reasons why Pakistan is what one writer has called a “procrustean hell”. And I for one would like to see Hamid bring his considerable talents to the task of examining those causes in greater detail. But perhaps that’s for another time.

The two points are related, I think, and the clue to the real problem of the novel lies in the title: it implies that it is indeed possible to get filthy rich in Asia, and that Asia is indeed rising. This is an illusion, certainly for Pakistan and probably also for India, and here I can say that my criticism of Hamid is not really specifically aimed at him but also at the other members of the current illustrious crop of Western-Asian writers like Mohammed Hanif and Aravind Adiga, all of whom I admire greatly. It is also perhaps my main criticism of Adiga’s White Tiger, even though I see that as being one of the best books of the past decade. It is true that there are indeed a few filthy rich people in Pakistan and India, but the vast majority live in poverty and squalor, and will continue to do so for many generations to come if the current East/West imbalance continues.

The writers mentioned have attempted to move on from postcolonialism, and all credit to them for that. They no longer wish to ‘write back to the centre’, to keep blaming the West for the problems of the East, and have chosen to focus on their home countries. But the truth is that it is still not as simple as that. What is happening now is perpetuation, rather than instigation, in which ethnic Westerners are complicit in the abuse and exploitation of the East. Force, slavery, and colonialism have been replaced by more subtle forms of control in the form of unfair and rigged world trade policies. What these writers are currently not doing in their latest works is showing the continuing East/West link of repression and collusion that still persists. I illustrate this link in my own stories, wherein it is always British Pakistanis perpetrating the abuse on their home countries; for example, a British Pakistani sex-tourist in one story, and a British Pakistani import/export company in another, employing child labour in its factory in Pakistan.

The most egregious of these unfair policies is the free movement of capital and goods, but not of labour; a totally unfair international division of labour, which is not at all based on geography or genuine skills, which consigns all the cheap manual labour to the East; and, finally, a lack of an international minimum wage, which leads directly to child labour.

Why should we change? Because the imbalance is now coming to bite us in the backside, in the form of mass migration, unsustainable world population growth (a result of the need for child labour), and terrorism, to name just a few problems. There is plenty of evidence to support this argument. Not to mention the moral horrors of incidents such as the recent Bangladesh building disaster, which too are a result of cheap labour.

But back to Mohsin Hamid and why, despite the flaws that his novel, like all novels, has, I would still recommend readers to read it, and why I will rush to buy his next one: not only because all the positive traits mentioned in the beginning run throughout the book, but because of his humane vision; this is shown in the ending of the book where the two old lovers are ultimately reunited, and the book ends:

and you are ready, ready to die well, ready to die like a man, like a woman, like a human, for despite all else you have loved […] you have been beyond yourself, and so you have courage […] and calmness in the face of terror, and awe, and the pretty girl holds your hand […]

A pretty girl holding your hand (or vice versa) makes everything all right in the end.

This was written under a Creative Commons Copyright, with edits: https://creativecommons.org/licenses/by/1.0/

A book review is a type of review that provides a short description of a book and includes the author’s opinion about it. A book review can be formal or informal. Similar to other academic writing assignments, a scholarly book review should definitel...
✕
Write with confidence at a college level