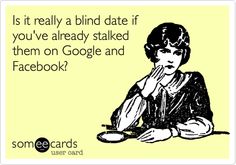 Jason glanced at his watch and his heart started to beat twice as fast—he was late. He accelerated his pace, but there still were two blocks to run. The weather was hot and sunny—his hopes to arrive to the meeting place neat and classy were now a fragment of imagination. At the moment, what he cared about was getting there on time. When he finally saw the sign of the Starbucks café where the meeting had been arranged, he still had one minute in reserve to wash his face and to fetch his breath. He wanted to finish his period of singleness, and Shannon, the girl he was going out on a date today, was a rather promising candidate.

Shannon was sitting at the backseat of a retro-looking cab, thinking about the date and the guy she agreed to go out with. When she was chatting with him on the Web, he seemed to be intelligent—such a nice contrast after all her yuppie acquaintances thinking only about their careers and appearance. She had no serious plans for Jason though—at least, for now. She only wanted was to drown her loneliness after breaking up with her recent boyfriend; she hoped new people would cheer her up. And who knows—maybe this blind date would result into something bigger.

When Shannon finally showed herself, Jason already drank two cups of coffee. He recognized her immediately, even though they never exchanged photos or talked on Skype. Somehow, she recognized him too, and smiled at him. Jason was astonished—she looked stunning, even though she was dressed up quite simple. She seemed independent and unobstructed, and he liked it. “She seems to live a happy life,” he thought.

After the formal greetings and a minute of embarrassing silence that almost always appears between people who don’t know each other well enough, they finally felt more free and started to talk in earnest. Live communication was so different from what they got used to on the Internet. Gestures, tone of voice—hundreds of minor details that affect our perception of people. Jason discovered she was not as sweet and diverse of a person as she seemed on online. She judged her yuppie friends and their life priorities fiercely, and it was rather unpleasant. Jason tried to change the topic several times, but Shannon would just stop talking in confusion as if she knew nothing else of worth to be discussed.

Shannon felt a bit irritated at Jason. When they were communicating online, he seemed to be so caring about her interests, about her problems and priorities. He would supply precise and brief psychological characteristics of her yuppie friends based solely on Shannon’s descriptions, and give her reasonable advice. However, now he didn’t seem to be so interested in what she was talking about, and tried to speak about something else, about things that were so much less important to her—art, literature, cinema. Shannon thought such topics were suitable only for romantic teenage couples, but she was a modern woman, and she didn’t want to waste time on anything she saw as unimportant.

Soon, they both decided the date should end. They felt embarrassed once again—but this time because each of them did not match the expectations of the other. Both Jason and Shannon were constrainedly deciding whether to arrange another date or not; they kind of liked each other, but on the other hand, their expectations were not reached. If they decided to stop their communication, both of them would return to their empty homes, spend another evening in solitude, and then just keep on living as they used to. Finally, surprised by her own words, Shannon said:

“You know, I really have nothing special to do this week. Maybe we could meet some other day and repeat today’s date?”

“Yeah, why not?” Jason said, wondering how they would be spending time during their next date. “How about Friday?”