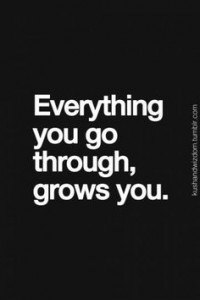 When I returned home, it was already getting dark. I closed the front door, leaned against it with my back, and stood like that for a couple of long minutes with my eyes shut. Then I slipped down, sat on the checkered floor, buried my face in my knees, and listened to the silence of my empty apartment—to the silence inside of my head. Just a regular evening of another ordinary day.

Through the opened window, I could hear the city hum. Thousands of people were driving somewhere in their cars, shouting into their cellphones, walking around, buying stuff, meeting their friends, talking about this and that. An airplane high up in the sky crossed violet dusk; the smoke plume behind it hung there, glowing with pearl in the sunset. I found myself sitting in the kitchen, drowning in the oncoming darkness, propping my head by my hand, and gazed at the blank wall in front of me.

I guess a discharged battery that has every drop of energy squeezed out it could feel the same way. In the end, only a crumpled aluminum shell is usually left.

I glanced at my phone. After a momentary hesitation, I picked it up; my disobedient fingers dialed a random number; I could hear the long, long beeps—infinitely plangent, as if somebody was pulling out a copper wire with pliers. Beep—pause—beep—pause. Drifting vessels sometimes hum in the night, and the lighthouses blink in response; but I had neither a sea, nor a lighthouse by my side back then.

I hung up the phone and pulled out a cigarette: almost the last one in the pack. For a couple of lengthy minutes, I was striking the matches trying to get a light. Finally, the gray smoke enshrouded my head, cleansing it from delirious thoughts. I stood up to make myself some tea, made a sandwich, and this simple sequence of ordinary actions calmed me down a bit. I grunted, sat back down again, crossed my legs, and even started to mumble a song. A tiny piece of free space lit in my heart and I felt that the emptiness of my apartment did not scare me anymore. I walked around it lighting all lamps, raising the window shades, and opening the widows; after a moment of hesitation, I turned the photographs on my desk face to the wall—I felt the time for delving into the past, trying to solve what couldn’t be solved, was over.

The freedom in my chest widened, and I felt cramped in my little room—but in a good way. I was about to walk outside to inhale the remains of the violet dusk, but suddenly my phone rang.

This sound was rather alien for my world, and for some time, I stood in the kitchen and stared at the black ringing box on my table. Then I timidly picked it up, and saw an unknown number on a display. Oh yes, it was the number I had dialed recently! A call for a lifebuoy, that is what it was. Despite the impulse to press the red button, surprisingly for myself I accepted the call and brought the phone to my ear.

At the other end of the wire, on the other shore of the ethereal ocean, impossibly far away from me and at the same time right there, in my kitchen, a woman’s tender voice sounded. It was so lonely, but with hope sounding in it. A voice so consonant with mine. And the voice said: