The other day, I was sitting on a veranda and wrote some text for a website. A big mug of green tea stood on a table nearby, and my old laptop quietly played songs from the good old days, something directly from the epoch of Kerouac, Bradbury, and rainy Chicago nights. In the evening, my wife and I invited our friends to have dinner at our place, so the day promised to be pleasant. It was a special pleasure to have such a peaceful day after three weeks of hiking, snowboarding, and going crazy. 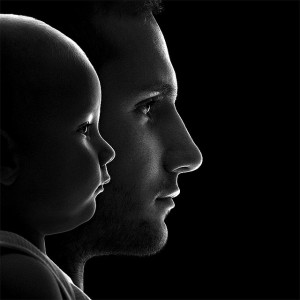 “Hi dad!” My son burst onto the veranda, tore off his backpack, and fell into the armchair, breathing heavily; after a while, he leaped onto his feet and headed towards the kitchen.

“Want some orange juice, graybeard?” he yelled to me much louder than needed.

“No, just bring me some chips!” I shouted back.

Once, when I misheard what he said to me three times in a row, he joked that I had become too old and probably started to hear worse. Since that day, yelling at me has become a kind of family joke.

I liked the swiftness with which my son moved. Unlike many of his peers, Coyote (yes, I like strange names) could not spend even a couple of minutes without movement. When he was waiting for something, he walked in circles; when we were fishing, he put his fishing rod aside each ten minutes to stretch his legs; when he talked, he gesticulated frantically. I have no idea how he survived at school.

Pushing everything to the limit was the basis of Coyote’s temperament. On one hand, it helped him to achieve tasks he had to do on his own; my wife and I tried to give him all the support we could, but he did great even on his own, making me proud of him. At the same time, this trait caused him many troubles, as he did not know when to stop. At such moments, I would behave super-fatherly, and give him advice and warnings that he usually ignored; of course, this drove me mad, and the Big Fights started. Coyote believed that I tried to limit his freedom, that I tried to remake him according to my own behavior. At the same time, I wanted to show him that thinking about problem over twice is not so difficult.

It was not all about life decisions, but also about what they call “teenage riots.” When Coyote pierced his ears I said nothing (I could not because I had piercings in my ears too). When he wore a green mohawk haircut, I would try to convince him at least to paint it black. When he got a tattoo, I did not get this idea, and we had an argument. When he would date and dump three girls in a month, I did not even know what to say. I knew he was behaving that way because he was in a respective age, but still I could not give up the wish to admonish him.

It is weird, but when I was a teenager myself, my father would behave exactly in the same way. Much of the advice he gave turned out for the better, but it took me a long time to understand his motives and start to treat his fatherly behavior calmly.

“Dad, let me show you something,” Coyote said as he was getting back to the veranda. “Just don’t get too mad at me, okay?” I sighed, because I was almost sure of what I was about to see.

When he lifted his t-shirt, I saw a new tattoo: some Buddhist symbol, I guess. Coyote has been interested in Asian culture for a long time.

“Brace yourself, graybeard,” I said to myself, trying not to yell something like, “Why the hell would you need another tattoo after you already made that huge first one?”

The next moment I realized that my yelling would not change anything anyways; the tattoo was already on Coyote’s skin. One day, he would revise his aesthetic values; until that moment, nothing would change. I already did everything that I could.

And then I thought: “Hey, what if I get a tattoo myself?”