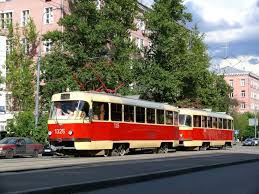 Anyways, near the doorstep of the office I work at, there is a homeless lady—well seemingly homeless. She prays, interposing her divine salutations with begging for money.

I enter my office on the third floor. I always try to say hi to the lackluster face of the cleaning lady who mops the floors. After an automated fingerprint check to enter my office, there is a mandatory shaking of hands with each colleague I meet, if it is a man, as in Ukraine, men and women don’t usually shake hands. I sit down at my lunar-moon-shaped wooden desk—the adjoining wall littered with sticky notes to cover holes and clippings of paint. I was instructed by my director to do so.

Each work day is spontaneous, but somehow expected. Editing technical writing feels this way. I eat lunch with one guy named Zhenya. We are already bored with each other—but feel obliged to eat together since we have been doing so for so long.

I leave work like a robot—dazed from information and processing that load.

Today, I saw the homeless lady again as I exited my office. Saw Nikolayav Church again. Saw the church-museum, and the guy who asked me a bunch of questions earlier.

I walked by him reluctantly, seeing if he would ignore me. I felt stupid for not going another direction.

“You know… got out of work…,” I tried to limit the conversation as much as I could.

The way he used the word “offer” was like he had used it for the first time in his life.

“I’ll live with you and cook you food. But I can stay for free.”

The ragged man said the last bit with a crease on his forehead, making his hole-speckled nose protrude more.

“Why would I take up such an offer?” I retorted.

“You are questioning me about why I want to stay at your place? I thought I had made myself clear before.”

I tried to excavate my mind for what he said before that would constitute his bewilderment. I concluded he was out of his mind, but I reassured myself in the fact of my own off-kilterness. There was something in his weary, delirious face that spoke to me.

The ragged man stood up, blushed, and extended his hand to me as if he was greeting royalty.

“My name is Vladimir,” he said.

We shook hands—my hands being soft and his being moderately strong. Even with homeless people, I shake hands like I am a three-year-old.

Vladimir collected his belongings: an extra pair of socks, a packet of stale bread, a gray Greek fisherman’s cap, a leather coat for winter, some underwear and an additional t-shirt, all stuffed in a plastic bag with the insignia of B&W on it.

We took the subway back to my apartment, not saying a word to each other. Vladimir followed me among the melancholy crowds. Being close to him in the subway car, I got a fair whiff of him. His stench was like a man who once smelled like layers of body odor, but who had been covered by the scent of soil and city dust. But this smell was common on the subway, usually being mixed with colognes and perfumes.

Through the corridor to the tram station, Vladimir said something to me.

“You wouldn’t happen to have any money for shoes? I have only 16 hrivnas.”

I looked down at his feet, and his malformed toes were encased in makeshift sandals: cardboard as the sole and some fluff from what appeared to be from thrown out cushions as padding, tied together by string.

“Aaa, yea, I have some money for shoes.”

He chose blue plastic shoes, apparently because he thought I would like them and summer was coming soon, from a street vendor.

On tram number one, there was a girl with blond braids with a hole in each braid. I tried to see through the braids as the tram jostled up and down on the uneven track. Vladimir paid no attention to my fascination.

Reaching Boulevard Kortzova Station, I bought some cheese bread for the both of us at a stall. Vladimir commented on the superior quality of his homemade cheese bread.

I unlocked the latch of my apartment door with a struggle, as usual. Immediately, the sounds of little feet came tapping as my black cat and black pug examined the visitors to their home. Emily, my pug, made slight growling noises when eyeing Vladimir.

“I think it’s going to eat me,” Vladimir said without the slightest touch of sarcasm.

He shook his plastic bag in front of Emily vigorously. She went back a few steps and continued to growl.

“Vladimir, the worst thing she can do is lick you to death,” I said, trying to lighten the mood.

“Lick me to death… how long and gruesome,” Vladimir persisted.