Examples of Transitions in Sentences 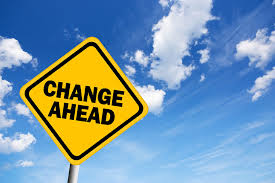 “Charlie had too much to eat when he visited Disneyland on his summer vacation. In the same way, he devoured his homework when he was attending school.”

“Scientists in Genoa, Italy, found out that blood cancer leads to playing chess better. In addition, blood cancer also has been shown to make dancers better at diving into crowds.”

“You can get spiritual enlightenment in the Himalayas. On the other hand, you also receive nirvana on a metro train.”

“America has the largest stronghold of hypocrisy. However, so does Russia.”

“God can be found in the temple. Nevertheless, divinity can be located in your own heart.”

“There is a balloon in the air. Consequently, children are happy.”

“Tigers are one step way from being a lion.Similarly, I am one step away from you.”

“Kick his face, erase his name, take his brace. Likewise, take your appointment with the President in much the same manner.”

“Behold, I have soap. By comparison, this cleaning agent is stronger than any other.”

“I was a meat-mincer in my past life, married with three children. In other words, I have been dealing with meat for a long time.”

“Take my hand. That is, take this concoction of skin, blood, muscles, autonomic nerves, and dose of soul.”

“The infinite is up there and down there. In a word, omnipotent.”

“Writers are those that write. In short, they write.”

“Golfing is easy if you know how to do it, especially after 54 years of practice. To summarize, just do it.”

“I have had one concern my whole life: living peacefully. Subsequently, I have lived my whole life in peace.”

“You raced past me like a viper without a cause. Then the puppies attacked me with their viral cuteness.”

“Politics ain’t got nothing more than bread sticks. Apparently, the heads of politicians are made out of bread.”

“People who like Justin Bieber have to get a reality check. Undoubtedly,  music is much better from other sources.”

“There is one path up there on the mountain of introspection. Concurrently, there are many paths that lead to the one.”

“I became a professional writer in 28 years. Before that, I wasn’t born.”

“The universe was born. Previously, it had been the great nothing.”

“Uncle Gerald married after he fought in Vietnam. Formerly, he was a boxer who knocked out meat packs in a barnyard.”

“Gold was priceless back in the 1670s. At present, it is poorer than socks.”

“You made an ambulance van. These days, it sits in a junkyard.”

“Rakim claimed to be the greatest rapper of his era. At this time, he is still the best.”

“I loved burritos more than life. Soon, I died.”

“Those who claim to be the greatest have got to encounter others. Afterwards, they will see they are not the greatest.”

“Grab a sword and carve your name onto stone. In the future, you will not recognize your own name.”

Common Transition Words and Phrases The information presented in any academic paper must be structured and well-organized in order to convey its meaning c...
✕
Write with confidence at a college level