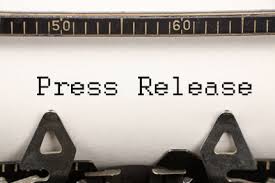 In order to announce or highlight an event that could be featured in the media, press releases are written. It is an important PR tool, and writing it well can be beneficial for any company wishing to share news or promote itself.

Steps for Writing a Press Release

When writing a press release, the most important factor to consider is your target audience and the media organizations where you will send your message. Usually, a press release is written in such cases as:

– Ignoring the structure of a press release and writing it in a frivolous manner; distributing an inaccurate, raw piece of writing.

– Confusing a press release with an advertisement. The main goal of a press release is to give information about a certain event in a way that is interesting, both to a journalist and to a reader, and not to persuade them to buy a certain product.

– Using too many capital letters, as well as bold and italic fonts and exclamation marks.

Now that you have acquainted yourself with the basic press release writing tips and rules, you can check out our press release samples to link theory with practice.

Samples for Writing a Press Release

By Nicholas Klacsanzky SFTWare, Inc., a renowned software developing enterprise, invites media professionals to attend the celebration of its 20th anniversary that will take place on February 12, 2013, at the City Plaza. The celebration will...
By Nichlolas Klacsanzky The Psychological Center at the NGO “Trust," on January 10, will hold a seminar on the topic, “Introversion and Extroversion: Know Yourself” for all people who want to learn more about their own nature, better understan...