How to Use Colons 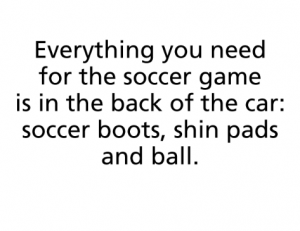 What is a Colon Needed For?

A colon (:) is a punctuation mark used to start any kind of enumeration or lists. It is also used in titles and subtitles of books, business or formal letters, to distinguish hours from minutes when specifying time, and in a number of other cases. However, knowing how to use colons properly requires the knowledge of the following rules:

When is a Colon Used?

1. At the end of an independent clause when it is needed to list several items; usually, such lists are introduced with the words for example, namely, such as, like, as follows, and so on.

e.g. Before we went hiking, we had to pack a bunch of things: flashlights, tents, dixies, salt, and warm socks.

2. Colons can be used when you introduce an enumerated list of items.

e.g. You must do three things: 1) take our clothes from the laundry 2) buy products at the grocery store 3) pay the bills.

4. You can use a colon between two independent clauses if the second one explains the first, and no conjunction is used.

e.g. I could not speak at all: my tongue refused to obey me.

5. If you are about to make a bulleted list, do not forget to put a colon before it.

e.g. What I appreciate in women most of all is:
– sincerity
– intelligence
– appearance

6. A colon is used to separate numbers in ratios.

7. Main titles in books are usually separated from subtitles by colons.

e.g. One of my favorite books of all times is The Hobbit: There and Back Again by J.R.R. Tolkien.