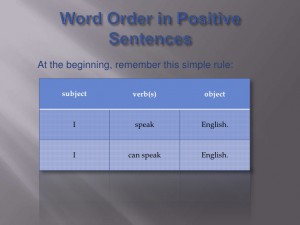 The basic rule of English syntax for positive sentences is that between a subject and an object of a sentence there should be a verb (or a predicate). Simply put, English sentences have the following basic structure: 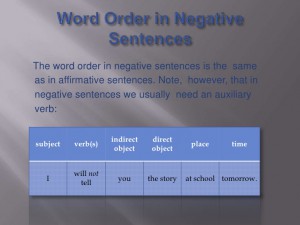 Auxiliary verbs can be also called helping verbs, as they are needed to form tenses, or express different shades of time and mood. Among the most common auxiliary verbs, one should remember the following: do/did, all forms of “to be,” have/has/had.