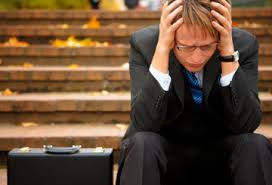 Starting a new job is almost always stressful, and the rejection of a job candidate is a rather common occurrence. It may seem strange, but many hiring staff prefer to explain the reasons for their rejection in vague terms, so a person almost never knows where they have made a mistake and where their main flaw was. Each time a job interview occurs, one has to guess what to pay attention to and what to be prepared for.

What are the main reasons of refusal? Inadequate salary expectations may be considered one of the first and foremost causes (Porter 54). If an employer evaluates one’s salary demands as excessive, he will probably reject their application and search for someone whose requirements will be more modest. On the other hand, lowered salary demands may mean the candidate lacks qualification or self-esteem.

Another reason why the candidacy of an individual can be rejected is unreliable information in a resume (Sort 56). For example, if a person specifies their proficiency in foreign languages as “fluent” but demonstrates much weaker knowledge during the interview, it is obvious that they will have little chance of being hired. As they say, there is no secret that will not be revealed.

Lack of motivation is also among the main reasons of refusal (Porter 347). Candidates who have no idea about their own career plans and ambitions probably will not be of a great interest for any company. One should formulate their motivation for working in this particular company, as well as in general, to give an impression of a self-confident and purposeful person.

It may seem funny or strange, but sometimes high-qualification may be the cause of rejection too. Employers fear that employees whose qualifications are excessive for the position they are applying to will lose interest in the job quickly and start to search for another one (Porter 237). Sometimes a high-qualified person cannot find a position for a long period of time, thus agreeing to work in a position that they had outgrown a long time ago. One sees their new position as temporary, and looks for the job that will suit their abilities.

It would also be useful to make preparations for the interview itself, as potential employers will most likely evaluate candidates’ appearance, manner of speech, and behavior. A lack of preparation for the interview may be a serious flaw. One should pay attention to the questions about their previous jobs, and try not to make harsh statements about the company they were working at, about ex-colleagues or bosses, even if they have insulted them (Sort 176). The company needs to find a solid professional who would be easy to work with, and not a cranky misanthrope, even if he possesses high qualification. A candidate should try to be pleasant.

There are many reasons for rejection. Still, inadequate salary expectations, the lack of motivation, and unreliable information, presented in the resume are among the main blunders one may commit while job-hunting. Besides, one may be rejected due to excessive qualification or because of the lack of preparation for the interview. Thus, it would be useful to take these reasons into consideration when job-hunting.