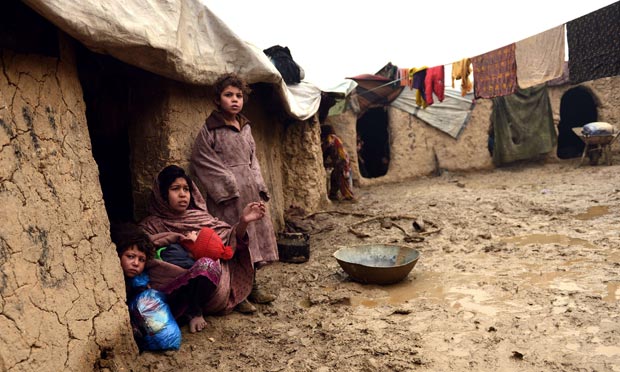 Although our world is developing at a rapid rate in terms of technology, and many problems of the 20th century have been solved, there still are issues that humanity cannot deal with. Among such challenges as hunger, wars, natural disasters, and pollution, poverty is one of the most significant problems; in fact, it is a scourge of many developing countries. Therefore, understanding and eliminating the reasons of why poverty is still present in the world is important.

When analyzing such a global issue, one should consider historical and cultural factors. Nations that are among the poorest in the world were once colonies, or areas from which richer countries exported slaves; also, some of these territories were drained of resources. Rare exceptions like Canada or Australia do not deny the fact that, for example, almost the entire continent of Africa is a problematic area in terms of poverty and hunger. This happened due to the fact that colonialism contributed to the establishment of conditions where people living in former colonies cannot access capital or education. In addition, there exist several hot spots in the world where wars and political instability also cause a significant decrease in the quality of life: Syria, Egypt, Ukraine, and so on (The Borgen Project).

Perhaps the most direct causal link exists between poverty and the balance between a country’s population density and its agricultural capabilities. Although such countries as the Netherlands or Belgium have a high density of population, their agricultural industry is based on mechanized farming and high-tech solutions, so poverty and hunger have no chance there. The same refers to other technologically-advanced countries. In contrast, Bangladesh, which has one of the world’s largest population densities (2,791 persons in a square mile) exists on the edge of extreme poverty—mostly because the majority of population is involved in low-efficient manual farming. On the other hand, there are countries in Africa with only about 80 persons per square mile, but because of low soil fertility, and the use of manual labor, these countries cannot boost their productivity and development (povertyhci.weebly.com).

Along with objective poverty factors, it is also important to consider social factors—in particular, psychological traits that many poor people possess. In many developed countries, poor people do not try to improve their financial conditions, relying on welfare payments provided to them by governments (CliffsNotes). Due to the lack of education and skills (also caused by the inability to pay for them), they cannot work at well-paid jobs, although they can still become maids, cleaners, postal workers, couriers, and so on. Doing so would enable such people to earn more money necessary for education and personal development, but they prefer to keep the status quo.

Reasons of poverty are numerous, and it is difficult to analyze the entire complex of causes of such a global issue. However, some of them are obvious: a colonial background, wars and political instability, dense population combined with low agricultural capabilities, and certain psychological traits of poor people. These factors help keep poverty in the world’s list of the most urgent problems.