The Effects of a Lack of Sleep 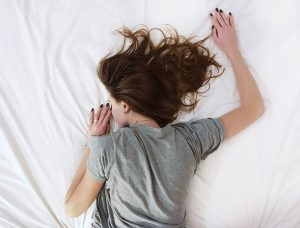 A lack of sleep seems pervasive. We are sleeping less than ever before, some studies have shown. Our lives are becoming more and more busy with each passing era, and even children are suffering from sleep deprivation due to all the activities they are engaging in. In light of these issues, it is important to know the effects of a lack of sleep. The most common effects of sleep deprivation are drowsiness during the day, experiencing microsleeps, a difficulty concentrating, impulsive behavior, a difficulty learning, and lower physical immunity.

Drowsiness is a noticeable effect of a lack of sleep. In fact, it is quite dangerous, as according to WebMD, “Drowsiness can slow reaction time as much as driving drunk. The National Highway Traffic Safety Administration estimates that fatigue is a cause in 100,000 auto crashes and 1,550 crash-related deaths a year in the U.S. The problem is greatest among people under 25 years old” (Peri, Camille). Therefore, we have to be careful not to become sleepy during the day in order to not harm others.

In addition to regular drowsiness, we can experience microsleeps due to sleep deprivation. Once again, these occurrences are hazardous, as HealthLine states that, “During these episodes, you’ll fall asleep for a few seconds or minutes without realizing it. Microsleep is out of your control and can be extremely dangerous if you’re driving. It can also make you more prone to injury due to trips and falls” (“11 Effects of Sleep Deprivation on Your Body”). In order to avoid microsleep, you must get at least six hours of sleep a night.

In the same vein, concentration becomes more difficult with a lack of sleep. According to Healthline, “Sleep deprivation leaves your brain exhausted, so it can’t perform its duties as well. You may also find it more difficult to concentrate or learn new things. The signals your body sends may also come at a delay, decreasing your coordination skills and increasing your risks for accidents” (“11 Effects of Sleep Deprivation on Your Body”). A lack of concentration can also affect us seriously at work, where this function is often the name of the game.

With a lack of concentration can come impulsive behaviour. A study on the link between this characteristic and sleep deprivation noted that, “Patients with impulse control disorders often report sleep problems, and sleep deprivation even in healthy individuals impairs cognition, decision-making, and perhaps impulse control” (Acheson, A, et al.). In general, neglecting sleep can cause harmful, impulsive behaviour.

Not only does not getting enough sleep make us impulsive, but also not as smart. According to WebMD, “Sleep plays a critical role in thinking and learning. First, it impairs attention, alertness, concentration, reasoning, and problem solving. This makes it more difficult to learn efficiently” (Peri, Camille). So, if you want to learn and have all the engines firing up there, so to speak, it is best to sleep the minimum amount to perform well mentally.

Sometimes people wonder why they get sick so often. The reason might be that you are not sleeping enough. In fact, sleep deprivation has been linked to acquiring sickness easier through a deficiency in immunity. According to Healthline, “Sleep deprivation prevents your immune system from building up its forces. If you don’t get enough sleep, your body may not be able to fend off invaders. It may also take you longer to recover from illness” (“11 Effects of Sleep Deprivation on Your Body”). It is also known that long-term sleep deprivation causes one to be more prone towards getting diabetes and heart disease.

There are many other effects that could be listed when speaking about how a lack of sleep affects our well-being. However, these examples are the most apparent. Ponder them the next time you want to sleep less, or you have scheduled only a short time for sleep.