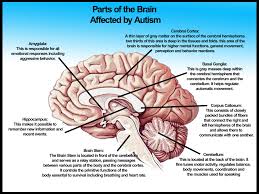 Mental disorders and deprivations can take countless forms. Some of them can ruin the lives of those who bear them, others are milder, and this causes almost no inconveniences to a person. Among mental disorders that do not fully incapacitate an individual, one should mention autism (although it is doubtful it can be referred to as a disorder). Though its nature and causing factors are not yet fully studied, it is not a secret that people with autism—although facing certain inconveniences regarding social integration and interaction—can live an almost normal and fulfilled life. Still, there are peculiarities and difficulties inextricably associated with autism.

The majority of problems caused by autism are more or less related to communicating with other people, understanding them, and producing effective social interaction. These problems start from childhood; children with autism tend to show more interest in environmental sounds rather than in the sound of people talking. This often makes autistic children look distracted, or not interested in what other people say. It does not mean they cannot normally communicate though: autistic individuals can use extensive vocabulary and long sentences. But at the same time, non-verbal communication, such as body language or facial expressions, is often ignored and unused by autistic individuals (The Hanen Centre). This causes them to be misunderstood.

Another problem that autistic people face is a lack of empathy. Generally speaking, empathy is an ability to understand what other people feel; according to Simon Baron-Cohen, many autistic people lack the ability to see things from another person’s perspective. People usually start to develop this skill approximately at the age of five: at this age, children can develop insights into other people’s feelings and intentions (often based, by the way, on non-verbal communication). An autist, however, has little to none of these interpretation skills, and thus remains ignorant about intentions, feelings, and motives of people surrounding him or her (Synapse). Therefore, autism not only causes other people to misunderstand an autist; it also prevents an autist from understanding surrounding people, thus only deepening the communication gap.

Because of the nature of autism, people with this disorder (or let us better call it a peculiarity) often require being surrounded by a specific environment in which they would feel comfortable to operate and interact. Autistic individuals often need rigid environments; they have a strong adherence to specific routines or rituals in daily life, and even the slightest change in them can evoke aggression or stupor and self-isolation. Autistic people often develop stereotyped and repetitive motor behaviors involving fingers, hands, or the whole body, so it is also needed that surrounding people do not mock them, parody them, or make fun of autistic person’s habits in any other way (minddisorders.com).

Autism changes an individual’s life in an extremely specific way. The main complications any autistic person faces is related to communication and interaction with other people; due to the peculiarities of this disorder, for an autist, it is hard to understand other people. At the same time, other people also have problems with understanding (or normally perceiving) and autistic individual. This isolation is deepened by an autistic person’s need for a special environment and rigid conditions around them.