The Positive Effects of Playing Video Games on the Brain 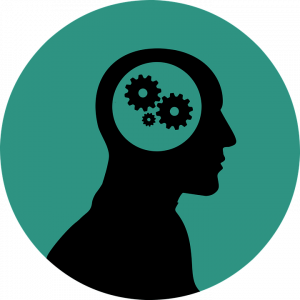 People love to relax by playing video games, or even get competitive through these games. However, there are substantial positive effects on the brain as we indulge in these visual treats. For instance, video games positively affect our attention, visuospatial skills, prosocial behavior, and migraines in children if employed in specific ways.

Video games affecting our attention is not a new concept. However, the way in which it affects our attention is not discussed so much in depth. A study was done by the University of Electronic Science and Technology of China in Chengdu on video games on focused attention in non-expert and expert video game players. According to Medical News Today, “After playing League of Legends for 1 hour, both groups demonstrated improved visual selective attention, even reporting similar scores in the post-game test. Not only that, but the researchers found that the brain activity of the non-experts increased after playing the game, to the extent that levels of brain activity between experts and non-experts were now comparable” (Railton, David). Thus, tests demonstrate that selective visual attention increases due to the playing of video games, but that effect might only be temporary.

Since playing video games is a visual process, it is no wonder that this activity improves our visuospatial skills. Sometimes gamers have been tested in this respect. According to Parentingscience.com, “Researchers have tested experienced gamers–kids and young adults–on variety of cognitive tasks (e.g., Boot et al 2008; Green and Bavelier 2007; Dye et al 2009). Compared to non-gamers of the same age, the experienced gamers could: track objects moving at faster speeds, track more objects at once, filter out irrelevant visual information, switch more quickly from one task to the next, better detect changes in briefly-flashing visual arrays, [and] more accurately predict how 3-dimensional objects would appear when rotated” (“Beneficial Effects of Video Games: Do Players Develop Better Spatial Skills?”). How much this transfers to practical application in daily life is yet to be seen, but it is a step forward in noting the changes our brain makes while playing video games.

What might be surprising for a seemingly anti-social activity is that video games can promote prosocial behavior. A recent study involving virtual reality and superpowers demonstrated that playing certain video games increased rates of wanting to help others in need. According to the researchers, “The results indicate that having the “superpower” of flight leads to greater helping behavior in the real world, regardless of how participants used that power. A possible mechanism for this result is that having the power of flight primed concepts and prototypes associated with superheroes (e.g., Superman). This research illustrates the potential of using experiences in virtual reality technology to increase prosocial behavior in the physical world” (Rosenberg, Robin S., et al.). Thus, if you play video games based on superheroes, you are more likely to be a good samaritan.

Moving onto a more physical attribute of the brain, playing certain video games and consoles have been shown to alleviate migraines in children. In 2013, a research study called, “Effectiveness and safety of Nintendo Wii Fit Plus™ training in children with migraine without aura: a preliminary study” came to the conclusion that, “Our study reported the positive effects of the Nintendo Wii Fit Plus™ system as a rehabilitative device for the visuomotor and balance skills impairments among children affected by MoA, even if further research and longer follow-up are needed” (Esposito, Maria, et al.). This experimental treatment has proven effective, and who knows what will come next in treatments from the usage of video games.

Video games are sometimes celebrated, and sometimes demonized. However, there are some positive effects it has on our brain. Gamers can have better selective visual attention, improved visuospatial skills, increased prosocial behavior, and function better if they have migraines as children.