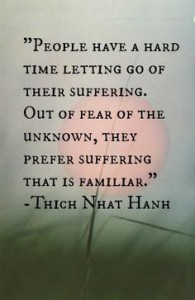 The idea of infinity has been commonly associated with being troubling to the human psyche. Yet for me, the concept has been one of personal connection. On a late winter evening in 2011, I desired to express the notion of infinity in a simple, comprehensible manner to the public. I first focused on limits and its relation to the unlimited: Limits cannot exist without the unlimited. This was an effort to explain that infinity truly existed and that we should consider its significance in our daily lives.

From this hypothesis, I continued to postulate the development of this theory. I was referred by a colleague at the University of Washington Bothell to the Math Learning Center at the UW Bothell to clarify my philosophy with expert mathematicians. As Plato expounded that philosophers should study 10 years of mathematics before attempting to philosophize, I too was driven to mathematics to develop my theories (Plato and His Riches, 2008). I was led into the realm of set theory and number theory, where theorists Georg Cantor and Kurt Godel ruled, to solve the task of explaining my notions to the public.

After two years of research, meeting with esteemed professors, and many hours of personal contemplation, it seems I have developed an original theory to describe infinity more thoroughly than has been historically recorded. I have only one question that remains: is there any other individual or reference that reflects on the same sentiments I have gathered about infinity? If there are corresponding references to my field of study, they will aid in presenting my theories to the public. In order for my hypothesis to be considered with diligence, I need to connect my findings with those that share similar sentiments to obtain credibility.

The concept of infinity might appear to be too abstract to be cared about by the public, yet it pertains to their everyday lives. Human beings are inherently curious about what is beyond themselves. We are finite creatures that search for what is infinite. Having a greater understanding of what is defined as “infinity” can lead to a more comprehensive view of the reality we experience and the reality that surpasses our existence.

Jill Rombert, author of the bestselling book Studies in Historical Infinity notes that, “Infinite can be studied infinitely—new discoveries are needed to be made within its subject at every moment” (2008). In addition, Joel Francis, Head of the Department of Philosophy at Cambridge is quoted saying, “Infinity has not yet been properly defined. This is one human endeavor we can still stake an adventure in” (2012). The exact definition of infinity may not ever be discovered, but this is not my focus. My purpose in presenting infinity in a new light is showing how truly incomprehensible the incomprehensible is. By this method, I believe I can strike at the definition of infinity at its most poignant.

My intended audience for my research are those interested in what is beyond everyday senses and mundane reality. The subject of infinity is not that easy to swallow for many, but my intent is to showcase its phenomenon in a step-by-step, logical manner. In this way, I am confident my audience can appreciate and follow my reasoning. By all practicality, I believe my readers will be those who have at least obtained a high school education and are interested in philosophy in general.

The product of my research will be contained in a book manuscript, that if published, will be free of charge. I will not have my name attached to the manuscript, but a moniker. I want this knowledge to be open to everyone free of cost and without ego-building on my part.

This project is unique in that I am not searching for personal benefit or for a gain for a certain organization. I am developing this research to reshape the public’s view of infinity, which will increase their awareness of their own importance and the essential introspection on what is beyond them.

I will be conducting correlation research in order to find common ground with my theories and with the theories of others. I will begin my examination of texts within set theory, namely Riddick Tuckerman’s work Variables of Systems, Heightened, 2008, Penguin publishers; The Final Absolute by Gina Solberg, 2011, Random House publishers; Behind Infinity by Richard Commus, 2012, Sengish Tree publishers. I will also receive recommendations based on the advice of Professor Brian Hamvert from Sarcony Academy of Mathematics each week in regard to my selection of reading materials.

After investigating set theory literature, I will continue my study in the realm of philosophy. The titles I will examine first will be Set No Limits by Goodard Frans, 2005, Oxford University Press; Who Said Nothing? by Emya Holding, 2006, University of Washington Press; What Does “All” Really Mean? by Gerald Sopkins, 2010, Relative publishers. After examining these texts, I will be consulted by Professor Veronika Clark from the Seattle Central Community College on what literature I should investigate next concerning philosophy.

Subsequent to searching for correlating material within philosophy, I will focus on psychology and sociology, especially dealing with those states deemed as relating to the experience of the infinite. The source materials I will focus on initially will be Praxis For Endlessness by Jeremy Cantwell, 2008, Penguin publishing; Instances of the Infinite by Kary Hark, 2007, Righteous Press; Live in the All-Abiding Moment by Sarah Reinfeld, 2002, Regulus House. After appraising these texts, I will receive a consultation from Professor Henry Wright from the sociological department within the University of Washington Seattle.

I will compile copious notes on each text in order to demonstrate the correlations between the reading material and my interest of study. I will relay these notes in index cards, organized by title in a container. I will then gauge each in importance and relevance to my hypothesis. After gaining a sizable idea of the connection between the texts and my theories, I will write a book manuscript section arranged by the subjects of mathematics, philosophy, and social sciences. I have written the portion in which I describe my theories previously. I will add a new section that will be the result of my research. This portion will be at least 20 pages of analysis on the correlation between the given texts and my hypothesis.

After completing my manuscript, I will present it to the Dean of Mathematics at the University of Albuquerque for review. The review will be of the validity of my theories and the correlations that have ensued.

My research method has been approved by Professor Curtis Rammond from the University of Washington Bothell, who oversees research studies in the science department at the University. Rammond suggested that more than mere notes, I should draw up visual graphs that would depict the relationship with my reading texts and my theories. I was also instructed to perform free writing exercises on my findings to discover hidden relationships I would not notice with my conscious mind.

The individuals I am cooperating with and being consulted by during my research are acquaintances I made throughout my previous research. They have complied with my request for their consultation and review in the perspective that they desire to aid in guiding my curiosity and passion within the given subject. I will protect the rights of my informants with full accordance. If any action is used against me in terms of copyright or another legality, I will take full responsibly. Despite this, I want my relationship with my informants to be collaborative. My research is as much their research. In all truth, I see this research as humanity’s research. I am only an instrument that will carry out its particulars.

When approaching the texts, I will ask several questions to scrutinize its content:

1) Does the content denote infinity as I have theorized?

2) Does the content have overt phrasings in relationship to the infinity I have theorized?

3) Does the content have a possible correspondence to the infinity I have theorized, even if only in minute details?

After reading each research text, I will write a one-page report, excluding the notes taken during the reading, and the annotated bibliography. I will have a schedule for reading each text. I will be given a week to read one text, including all procedures involved. After completing the examination of the texts, in addition to the materials recommended by my consultants, I will leave one day to make additional notes on the discipline in question: mathematics, philosophy, or social sciences. I will assess the overall influence of the certain discipline on my field of study.

I will compose a research diary that will measure my daily work in relation to my weekly goals. The research diary will be no more than half a page of notes per day. It will include the hours used, the materials investigated, and general impressions.

If any revisions to my research procedures need to be made, I will consult the given professor that presides over my selected discipline to determine my correct course. There may be many points of data reconstruction in terms of the categories in which I assigned given material. Like any strong thesis, it has permutations in its process of refinement. In addition, I am deriving all my source material from books. Interviews, documentaries, and articles can be of aid to my research as well. I will focus on these sources if the suggested books are not yielding the results I seek.

Previously, I have researched in the areas of set theory and number theory in order to develop my hypothesis. The sources I derived my information from were Georg Cantor’s Contributions to the Founding of the Theory of Transfinite Numbers, 1955, New York: Dover; Kurt Godel’s The Consistency of the Axiom of Choice and of the Generalized Continuum Hypothesis with the Axioms of Set Theory. 1940. Princeton University Press; Amir D. Aczel’s The Mystery of the Aleph: Mathematics, the Kabbalah, and the Search for Infinity. 2001. New York: Pocket Books.

These titles encouraged me to study the ambiguous concept of infinity in a grander scale than through the lens of mathematics. They demonstrated infinity was a universal conundrum—one that had to be viewed through the human experience as well as being seen through the perspective of technical theory. With the help of my esteemed consultants at a myriad of universities, I have found a reasoning for my passion for discovering the truth of the infinite in terms of a more comprehensive study.

I intend to discover the infinity that has been written about and even glorified in the annals of literature. I am certain that my hypothesis of an incomprehensible infinity that is simultaneously comprehensible will be described by many scholars in the fields of mathematics, psychology, and social science. When dealing with a concept such as infinity, one will invariably happen upon fascinating new discoveries. The real limitation of my study, though, is that I am a human and humanity itself is comprised of humans. We can never properly write on or form an idea of infinity, even in its classical sense. My intention, though, is to not understand, but to further clarify its nature of elusiveness.

A research proposal is usually created for the specific purpose of outlining a plan of study. The purpose of a proposal is to help the person doing the writing to find and apply the emphasis and main points for future study, ahead of a capstone proje...